The SHVS mild hybrid is a compact and lightweight unit that incorporates an Integrated Starter Generator (known as ISG) which acts as both a generator and starter motor. The ISG is belt driven and assists the engine during vehicle set off and acceleration and also generates electricity through regenerative braking, which helps to improve fuel economy and reduce CO2 emissions.

Our petrol electric hybrid engine car system also uses a compact high-performance lithium-ion battery placed under the front passenger seat to store energy and incorporates an idle stop function operated via the Integrated Start Generator. The SHVS system only uses its conventional engine starter motor when first started from cold, under all other conditions it uses the ISG unit to allow smooth and quiet engine restarts.

The energy assistance provided during acceleration enables the SHVS to be known as a mild hybrid system which is ideally suited to a compact car and adds just 6.2kg to the overall weight.

The ISG generates electricity more efficiently than a conventional alternator through regenerative braking which is the term given to the transfer of kinetic heat energy into electrical energy. The ISG unit detects this as soon as the brake pedal is depressed and recharges both the lithium-ion battery and conventional 12 volt battery. 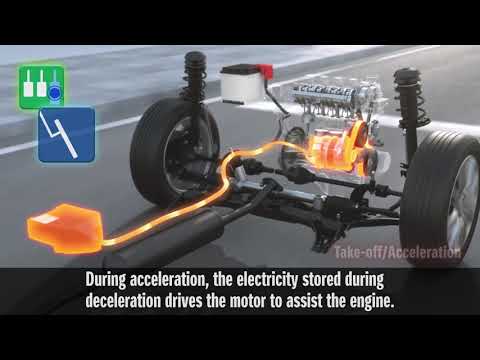 Back to Top
Back
Vehicle Valuation
Compare Saved Vehicles
Top
Close
Your Cookie Settings
Select your cookie settings
Strictly Necessary Strictly Necessary cookies are essential to let you move around the website and use its features, such as accessing secure areas, shopping baskets and online billing. These cookies allow our website to provide services at your request.
Functional Functionality cookies are used to remember the choices you make, e.g. your user name, log in details and language preferences. They also remember any customisations you make to the website to give you enhanced, more personal features.
Targeting Targeting cookies collect information about your browsing habits to deliver adverts which are more relevant to you and your interests. They also measure the effectiveness of advertising campaigns.
Save Settings
Cancel Changes

Your settings will take affect when you refresh the page or move to a new page. Find out more about cookies

This site uses cookies and related technologies for site operation, analytics and third party advertising purposes as described in our Privacy and Data Processing Policy. You may choose to consent to our use of these technologies, or further manage your preferences. To opt-out of sharing with third parties information related to these technologies, select "Manage Settings" or submit a Do Not Sell My Personal Information request.